"I Love David" book by Harry Malt video by The Selby from the selby on Vimeo.
Posted by Kip Jones at 11:27 No comments:

I just received the following invitation from Alex Cuncev, who has diligently been creating METHODSPACE, a web resource for researchers which includes ten discussion groups, including ones for narrative research and performative social science.

I was wondering whether you would be interested in posting a controversy topic on a blog or as a part of a discussion group? The site is due to open to the public next week and having interesting topics might help to get more researchers with similar interests involved in discussion. Also a debate generated by you would contribute to raising the site’s academic profile.
Once again thank you for being involved!
Best wishes,
Alex Cuncev

Thanks for your invitation to controversy (I think). I am not one to seek controversy, but it does follow me from time to time.

A few questions that I have been pondering lately (arising from encounters, experiences, etc working with PSS):

From the Street to the Museum 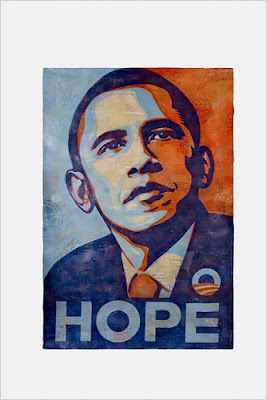 Shepard Fairey, who for years was an artist whose work was seen primarily on streets, now has his first museum retrospective, at the Institute of Contemporary Art in Boston. Mr. Fairey may be best known for his Obama Hope poster.

Create Your Own Video

Interview relatives or friends who remember the Great Depression and ask them how that crisis relates to the current recession.

"Beyond Text: relations of dialogue, parody and contestation"

"Beyond Text: relations of dialogue, parody and contestation" from Kip Jones on Vimeo.

In "Beyond Text: relations of dialogue, parody and contestation", Trevor Hearing and I discuss the making of the video, "Day Dreams, Night Games" and begin to establish our on-going collaboration around concepts such as 'beyond text' and what this means in a visual platform. We are particularly interested in the 'talking head' in documentary filmmaking, how this may be a visual representation of 'text' and how we might move beyond it. 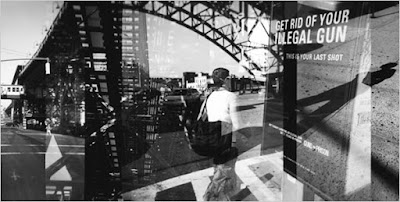 NEAR 125TH STREET
By STEPHANIE DE ROUGE
My photographic adventure in New York was born from a mistake. I came to New York to live permanently two years ago. I was 30 and had spent most of my life in Paris. But I had seen and heard so much about New York that I felt overwhelmed even before setting foot in the city.
As a photographer, I needed a camera to help me meet and understand the city. I bought an old-fashioned manual-winding box camera for $9 and tried it on South Second Street in Williamsburg, Brooklyn, where I was living.

I didn’t know what I was doing when I was making those pictures, and I didn’t really think about it until I went into the darkroom and saw the messy but amazing results. All the images overlapped one onto the next, creating weird shapes and complex layers, and revealing more about my new neighborhood than a thousand words.

That was when I understood that this approach, results of which can be viewed at www.stephaniederouge.com, would become my way of communicating with the city.

My first project was to walk up Broadway all the way from Wall Street to the Bronx — a journey of nearly 15 miles that I made over three days — shooting pictures as I walked. Following this one strand of Manhattan, I understood that the city’s unique energy is fed from the many people of varied backgrounds who live here and mix in harmony, all pursuing their own dreams.

The shooting experience was magical, the developing of the film even more. To this day, that camera is still my exclusive tool for photographing New York.
Posted by Kip Jones at 19:06 No comments:

I discovered the photographs of Richard Renaldi on the Internet while creating a CD-ROM on lifelong learning for the Department for Education and Skills (UK). I invited Richard to include his photographs in our project because his pictures of individuals have a powerful ability to reach the viewer by visually representing the personality in front of the lens. Later, I discovered his Fall River Boys series on his website and was struck by the capacity of this body of black and white photographs to tell a story.

Madama Butterfly at the Met 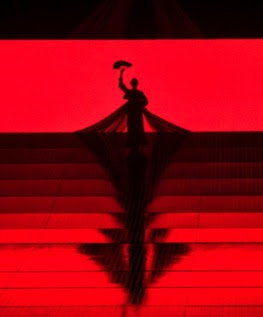 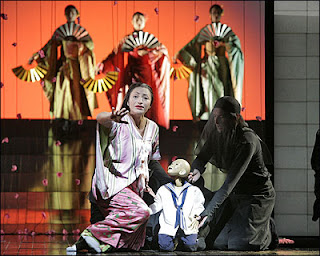 Cristina Gallardo-Domas as Cio-Cio-San, with her puppet son
in Anthony Minghella's Madama Butterfly, at the Metropolitan Opera in New York
Anthony Minghella put together a remarkable team for the Met's production of Madama Butterfly: set designer Michael Levine, costume designer Han Feng, puppeteers from London's Blind Summit Puppet Theatre, and Minghella's wife, choreographer Carolyn Choa. Most of them are newcomers to opera.


Nick Barnes and Mark Down of Blind Summit Puppet Theatre with a Madama Butterfly puppet "understudy." (Real Player only)