Kip Jones Revisits: "What is the Essence of Qualitative Research?"

Written almost fifteen years ago now, I return to "What is the essence of Qualitative Research?" in an era rife with qualitative researchers and wannabes in a hurry to get qualitative work done. Using terms such as 'analysis' makes them feel important and scientific, possessing special abilities that others can only aspire to.

No, qualitative research has always been particularly about being human. By being human I mean sometimes unsure, befuddled and even confused. That's all okay. It's about a humanness that speaks to being alive and searching for aliveness in others through the work that we do.

In qualitative research, the tyranny of numbers is abandoned for the enigma of words. It is often seen as rooted in a non-tangible domain, fundamentally experiential and intuitive. 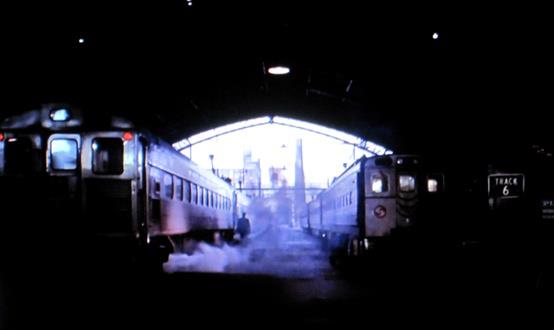 Qualitative efforts make use of that part of the person concerned with meaning, truth, purpose or reality—the ultimate significance of things.

Not mere exercises in truth or falsehood, however, these investigations are polyvocal attempts at interfacing with cultural/relational/linguistic accounts of the real.  They are, therefore, interpretations and not truths in the positivistic sense.  The potential of intuition is ultimately a great advantage to this very process.

‘The social sciences need to re-imagine themselves, their methods and, indeed, their “worlds” if they are to work productively in the 21st Century’ (Law & Urry 2004).

Qualitative research is no longer the poor stepchild of quantitative enquiries.  Over the past twenty years, qualitative research has come into its own, particularly in terms of wider acceptance in academic and policy communities.
Interpretations of narrative stories strive to capture meanings behind life events at the individual and family levels, often illuminating the social contexts of health, ill health and social care needs. Stories become data within other fields as well, including business, media and even hard science.

One of the virtues of qualitative research is its inclusionary nature and ability to give people a voice, both through the research process itself (for example, through a wide range of qualitative social science practices that include participatory action research, in-depth interviewing, ethnographic studies, visual anthropology, biographic narrative studies and so forth) and in reports, documents and presentations. The importance of this kind of research cannot be overemphasised, particularly when dealing with the disadvantaged and/or the "seldom heard voice".

Definition: Anthropology is the science of the nature of humankind, embracing Human Physiology and Psychology and their mutual bearing.

Narrative is a core element of anthropology because it provides access to people’s life worlds.

Adopting a narrative rather than an empirical mode of inquiry allows investigators to get closer to the phenomena studied in several ways:
1. First, the narrative provides access to the specific rather than the abstract;
2. Secondly, narratives allow experience to unfold in a temporal way;
3. Thirdly, everyday language and its nuances are encouraged;
4. Finally, narrative permits dynamics to reveal themselves in the actions and relationships presented.

Anthropology advances knowledge of who we are, how we came to be that way and where we may go in the future.
We see the lives of others through lenses of our own grinding and they look back on ours through ones of their own’—Geertz

Anthropology seeks to uncover principles of behaviour that apply to all human communities.
Social constructionism, as described by Kenneth Gergen (1985), maintains that knowledge, scientific or otherwise, is not obtained by objective means but is constructed through social discourse. No single point of view is more valid than another, because all points of view are embedded in a social context that gives them meaning. ‘Such a view does not obliterate empirical science; it simply removes its privilege of claiming truth beyond community’ (Gergen, 1997).
All truth is local

French educator Pierre Lévy (1991; c. 1997) believes that profound changes are occurring in the way we acquire knowledge and supports the potential collective intelligence of human groups through emerging spaces of knowledge that are continuous, evolving and non-linear.  Lévy states that since the end of the 19th Century the cinema has given us a kinetic medium for representation (Lévy, 2003b: 3).  In fact, ‘we think by manipulating mental models which, most of the time, take the form of images.  This does not mean the images resemble visible reality, they are more of a dynamic map-making’ (Lévy, 2003b: 4).

Rethinking our relationship within communities and across disciplines such as the arts and humanities offers up opportunities for us to move beyond imitation of “scientistic” reports in dissemination of our work and look towards means of representation that embrace the humanness of social science pursuits.  This creates a clearing in which meaningful dialogue with a wider audience is possible, feedback that is constructive and dialogical in its nature becomes feasible, and dissemination of social science data transforms into something not only convivial, but also even playful.  Presentations can then evolve into ways of creating meaningful local encounters and performances, in the best sense of these words.

Collaborations offer us opportunities for meaningful dialogue between disparate communities, opening up unknown possibilities for future dialogues and associations.  Co-operation itself, therefore, becomes a creative act, often stretching the boundaries of our understanding and prodding us to come up with fresh and innovative ways of overcoming practical obstacles in knowledge transfer.

‘I seek an interpretive social science that is simultaneously auto-ethnographic, vulnerable, performative and critical’ (Denzin 2001).