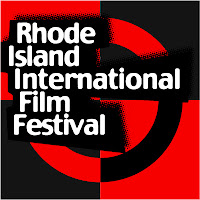 Website: http://www.film-festival.org/index07A.htm
Watch the trailer for Rufus Stone  the movie here.
Posted by Kip Jones at 18:42 No comments:

Rufus Stone to be screened at ESRC Festival of Social Science

Congratulations to Bournemouth University’s Dr Kip Jones who has been awarded funding from the UK's Economic and Social Research Council (ESRC) to run a public engagement event as part of the ESRC’s Festival of Social Science later this year.

The event will be a multi-activity format including a screening of the film ‘Rufus Stone’ and launch of the method deck ‘Methods to Diversity’ –a community organising tool, led by Dr Lee-Ann Fenge; day to include small group discussions, distribution and hands-on experience with the method deck, reports from Research Projects (BU & Equality SW); participation of Research Advisory Group and Intercom Trust.

The ESRC Festival of Social Science runs from 3-10 November, 2012.  Further details to follow.

The joint efforts of Trevor Hearing (BU Media School), Ross Hillard (composer) and Kip Jones (Media School & HSC) have produced a short trailer for Rufus Stone the movie that captures both the story of the film as well as the beauty of its cinematography in two and a half minutes.

Play full screen, turn up the sound and enjoy!

Rufus Stone is a film about love, sexual awakening and treachery, set in the bucolic countryside of south west England, and viewed through the lens of growing older. It is based on knowledge gathered as part of the research project “Gay and Pleasant Land? – a study about positioning, ageing and gay life in rural South West England and Wales.”

Our thanks to Pam Postrel, mOcean Entertainment in LA, for her advice on making this trailer. mOcean‘s most recent success was producing the trailer for the Hollywood block-buster, ‘The Avengers’.

Watch for future screenings of the film at conferences and film festivals over the year.  Through this process, we hope to develop resources to disseminate the film more widely.  Always happy to talk with any parties who might offer possibilities for exhibition and/or distribution of the film! Please contact Kip Jones, Executive Producer, at kipworld@gmail.com