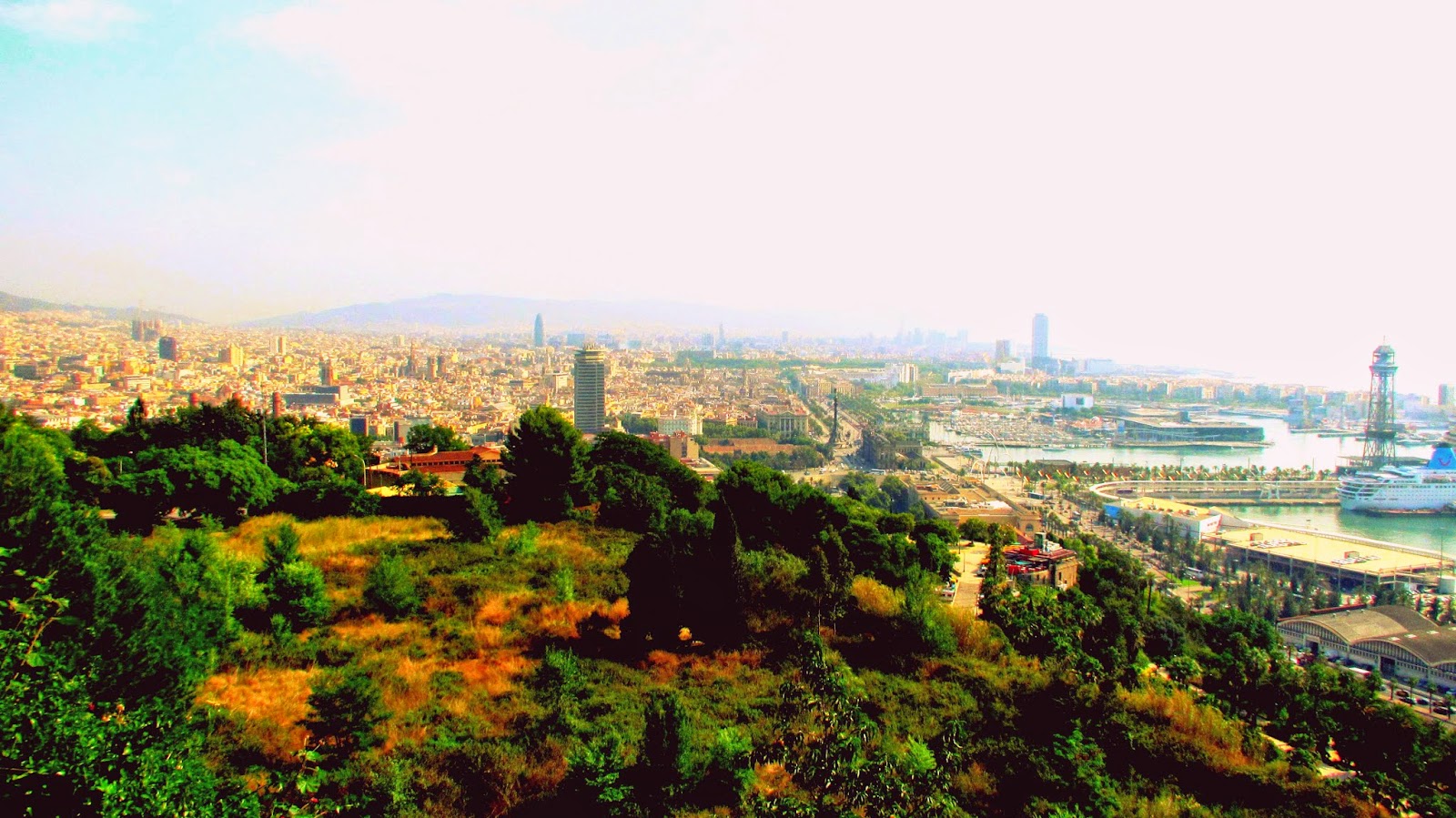 The ship was stopping off in Barcelona (again; I’ve been many times). I usually go to the beach in Sitges but, because of getting over a recent virus, I thought a day in the sun wasn’t a good idea.

I said to myself, “Well, you haven’t been in Barcelona proper for some time and you have a new camera, so … maybe a coach tour and get some pictures from the main vantage points". I booked an excursion around the city and off I went.

I recalled later that at one stop the guide told us we have 15 minutes before getting back on the coach. She gave us the time and told us when to return. I checked my watch and it seemed that she was off by five minutes. My watch is radio controlled so I thought mine was probably correct. Anyway, onward to various spots around the city. 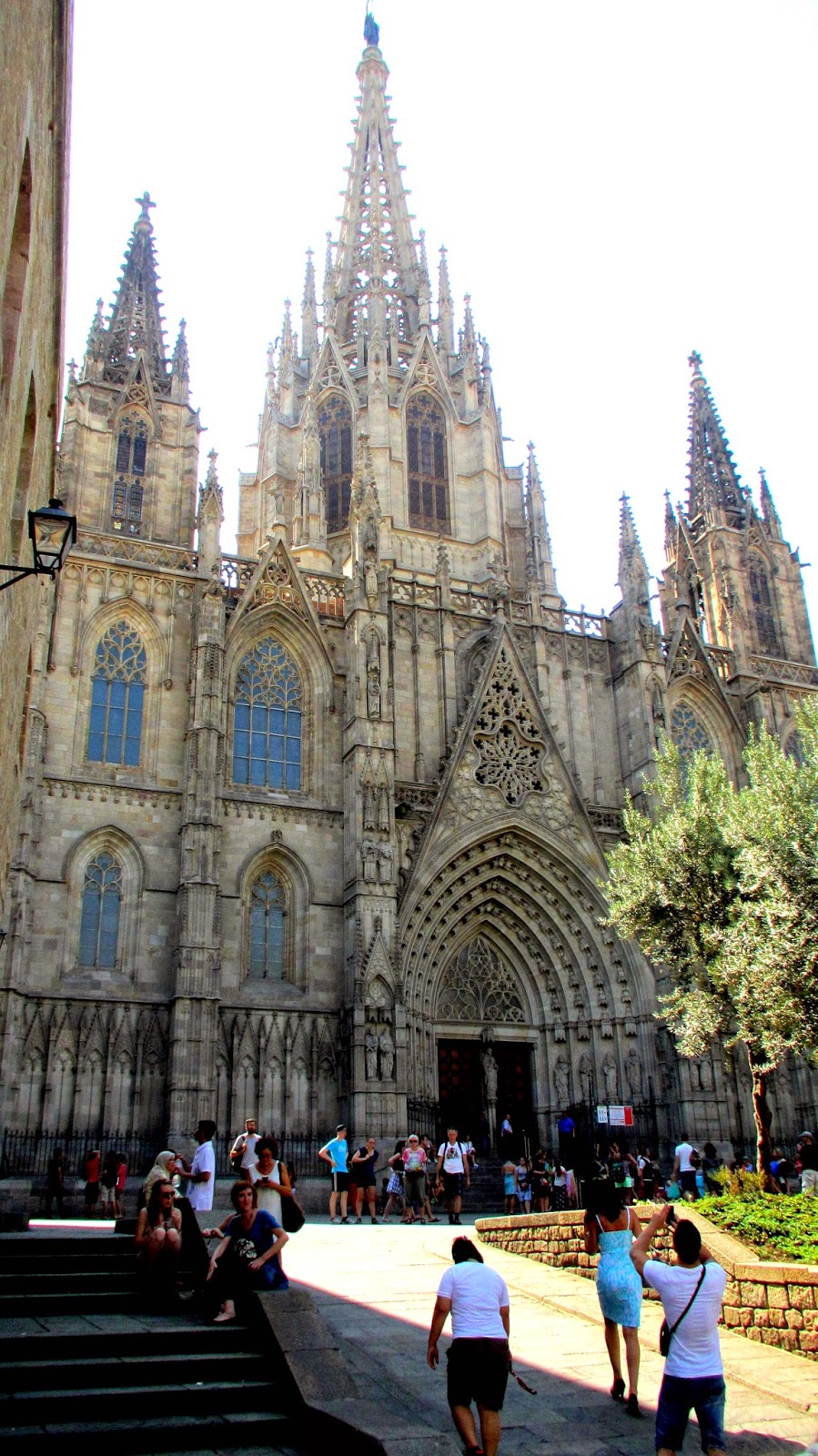 The last stop was the old quarter near the Cathedral. Dropping us off on a side street, we took the short walk to the front of the church. The guide told us to be back at the same spot five minutes before noon.

Not feeling like walking much (still getting over that virus), I went to a small café on the far side of the Cathedral Square and had a coffee at a table outside, watched passers-by and took a few more photos.

At 11:55 am I started across the square towards the Cathedral. It seemed strange that I couldn’t see an assemblage of Brits, mostly older, waiting for the guide. They are typically quite early for these timed meeting points. I guess age brings on this sort of anxiety.

Then I remembered her watch. She must have gathered her gaggle and taken them around the corner to the coach five minutes early. As I scurried down the narrow side street to the coach pick-up, the Cathedral bells chimed twelve noon. Certainly, she would be waiting at the coach stop?

As I got to the street where coaches were arriving and departing, I looked down the street and saw our bus sailing away. Now, they count (obsessively) the numbers of people on and off these excursion coaches at every stop. Surely, she knew one person was missing. Nonetheless, I was left behind.

Here I was alone, lost and abandoned in the old quarter of Barcelona! I often joke with my Italian friends that the only Italian I know is from operas, but I often try it out on unsuspecting natives when in Italy if I can.  Ready for it: "Sola, perduto, abbandonata!" But I wasn’t in Italy; I was in Spain!

What to do? What to do? Well, I have heard of such dilemmas from fellow passengers before. You hail a taxi and ask to be taken to the port.  Okay, I’ll try that.

I got in the front seat of a cab. In my Spanish, which is not much better than my Italian, I said, “Barco?”

“Que? Oh, I get it, tell the phone where I want to go? Okay”. Somewhat icredulously, I spoke to the phone in my best radio voice possible: “Go to the port. To the cruise ship port”.  I handed the phone back to him.

We picked up speed now and headed towards the port.  When you are arriving near water, nearly anywhere in Europe, the landscape changes, or rather, the elevation changes, and you can sense that you are coming to an ‘edge’ and, therefore, water.  So it was for me on this occasion and I began to relax a bit.

The driver spoke into the phone again: “De dónde eres?”and handed the phone to me. “Where are you from?”

My Spanish is getting somewhat up to speed now and I only need the phone’s translations to see if I am right.

"That's good. I would like to visit America some day". We carried on in this manner for about ten minutes, arriving at the port. Now to find the entrance and causeway to the ship! Driving along the embankment, I could see that we were going further and further away from where I spotted a few passenger ships. We were headed towards that area of the docks where big cement towers stand. I think they are acutually used to make cement. It is a very industrial and somewhat foreboding section of the docks. Like in a detective movie. A location scout on reccy would love it.

I took his phone again. “Is this where you are going to murder me?”

The phone translated and we both cracked up laughing.

“I think the causeway to the ship is back there,” I pointed out.

“Bueno” and we turned around.

I arrived at the gangway to the ship, paid the small amount that this adventure had cost and said, “Muchas gracias”.

I had had more fun and excitement on this taxi ride than on any excursion that I can ever remember.