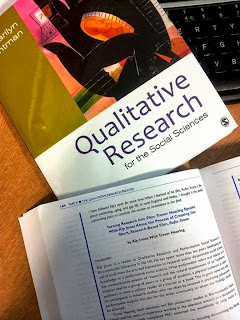 Just published! A chapter entitled, ‘Turning Research into Film’, by Kip Jones and Trevor Hearing has just been published in Sage’s Qualitative Research for the Social Sciences edited by Marilyn Lichtman. The full title of the Chapter: Turning Research into Film: Trevor Hearing speaks with Kip Jones about the process of creating the short research-based film, Rufus Stone.
Lichtman’s books on qualitative research are well-known and adopted for courses internationally. The Chapter is an an expansion on an earlier interview conducted by the Media School’s Trevor Hearing. HSC’s Kip Jones illuminates several of his responses with excerpts from the story development for the award-winning, research based short film, RUFUS STONE. Hearing and Jones also collaborated on creating the trailer for RUFUS STONE.
The film was recently purchased by the Alzheimer’s Society for use in its trainings nationally.  In addition, it will be screened locally for Dorset Healthcare Trust nurses and staff. The film has been keynoted at events at Cambridge, LSE, Birkbeck and Durham Universities over the past year and featured in both the ESRC Festival of Social Science and BU Festival of Learning.
The unique collaboration forged in making the film has been reported in the New York Times and Times Higher Education as well as in academic journals and other book chapters and featured as ‘inspirational’ in the BU’s Annual Report. The film has been screened in academic settings, for social and health service providers and general audiences in several cinemas. Rufus Stone won two awards for short film at the prestigious Rhode Island International Film Festival.

The film will be screened on the Lansdowne campus in December for staff and students.


“Critically the authenticity of the film shone through – the characters were real and genuine”.