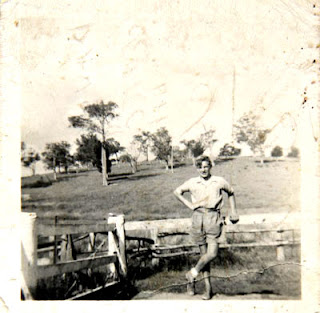 It is a typical Somerset January day—the frost-hardened ground, brown and grey, mimicking the sky above. Rufus and Ellie Stone take the trail to the rail junction through the bushes, littered with the rubbish that is now frozen into the mosaic of the landscape. The junction holds a special meaning for Rufus.

Rufus is seventeen, his sister Ellie just ten. She loves walks with her brother because he usually brings his camera and gets excited when he talks about taking pictures. Rufus is her protector—tall, with a shock of curly hair that falls on his forehead—and strong from working on their parents’ farm.

The rail line splits in two at the junction, one part going to the north through a small village. The other line swings east along the ridge to the nearby market town. (Five years later [1963] this rail line would be closed by the infamous ‘Beeching Axe’, but no one knew that then.)

Ellie and Rufus sometimes spend their Saturdays in the town selling vegetables at their parents’ market stall. Ellie likes going to town because she gets to dress up. Rufus hates its and just sees it as more hard graft with no pay.

A six-foot post sunk into the gravel mound between the two rail lines at the junction is topped with a small greyish box. This sheet metal container has a lid on it, but more like a small door. Rufus imagines that the box was used for some signal wiring at one time, but now is empty.

Rufus’ mate, Flip, is olive skinned, dark-haired and shorter than Rufus. He is two years younger and lives along the rail line in the nearby village. The boys met two summers ago when Rufus was walking in the hills collecting berries. They have been best mates ever since.

Flip’s real name is Philippe. His younger brother is Antoine. Their mother comes from the nearby town and married a local villager. Being from the town and having ‘airs and graces’, she insisted on giving her children French-sounding names. Philippe quickly became Flip after a few rounds of bullying at school and Antoine’s father almost immediately shortened his younger son’s name to Tony.

One afternoon, Flip and Rufus discovered the metal box at the junction about halfway between their houses. The lads agreed to use it as their ‘secret hiding place’. From time to time, Rufus and Flip leave small gifts, photos and notes in the signal box for each other. Ellie is the only other person who knows about this secret place, or at least Rufus hopes so.

Flip has also become interested in photography. The lads have spent many days walking the Somerset landscape together, taking photographs with Rufus’ camera, and, on hot summer days, swimming in a nearby stream together.

Flip and Rufus love each other. At first, Rufus didn’t know what these feelings were. Both had always known, though, that being with each other mattered more than anything else in their young lives. They use any excuse to spend time together, particularly in the summer when school is out of term.

They love to lie in the deep grass on a hillside next to one another and stare at the clouds in the sky, making up animals and characters out of the billowy white shapes. When Rufus happens to brush up against Flip or touch him almost by accident, electricity courses through his whole body. This delights him, but almost immediately causes him shame too.

One particularly hot day when they were swimming, Flip didn’t bother to put his T-shirt back on. Rufus hid the worn, white shirt in his canvas army rucksack. He took it home and slept with it next to his pillow that night. He could smell Flip on the shirt and this made Rufus both happy and frightened. Because Rufus is the older of the two, he feels particularly responsible about his growing feelings for Flip. He knows innately that these stirrings could lead to something dangerous or forbidden in his small English country village.

Rufus finished school at sixteen and has worked on his family’s farm full-time for the past year. He hates it and wants to get away from this strict country life. Flip is now in his final year at school.

Rufus recently decided to confess to Flip about his feelings for him. Rufus thinks that maybe they should both leave the countryside together when Flip finishes school and find jobs in the town, or even move to a city where he could try his luck at becoming a photographer. Rufus has decided to tell Flip that he loves him and share his plan with him. He wrote a short, painful note and left it with a photo of the two of them together at the junction box a few days ago.

Today, Rufus is hoping that an answer will be waiting for him.

This is the first instalment of the background story for the short film, Rufus Stone, to be produced as the key output of our three-year research project, "Gay and Pleasant Land? -a study about positioning, ageing and gay life in rural South West England and Wales ". The Project is a work package in the New Dynamics of Ageing Project, "Grey and Pleasant Land?: An Interdisciplinary Exploration of the Connectivity of Older People in Rural Civic Society" and funded by the British Research Councils.

Two short A/V pieces we created for conference/workshop dissemination are also available. They both give the background and an overview of the methods used in the project.

Exploring sexuality, ageing and rurality in a multi-method project
Posted by Kip Jones at 13:18 7 comments:

Beauty and the Bus 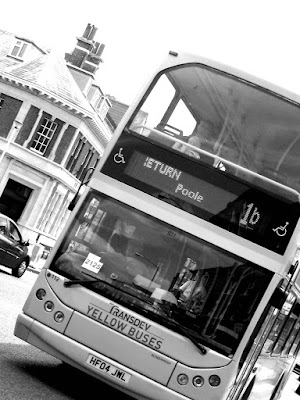 The usual crowd jostled on to the bus home yesterday. No seats downstairs, so the throng scrambled upwards. Nearly full up there as well, but found a seat. A cacophony of foreign tongue contributing to the high level of noise. A guitar playing behind me somewhere, strains of bosa nova and spoken Brazilian Portuguese. An auditory dreamscape.

A teenager in futbal kit, a young Ronaldo, moved forward, speaking to the girls. The girls averted their eyes, lashes fluttering at the sight of him.

Oh, England, you are a wondrous land.

Don Draper and some random thoughts for 2011 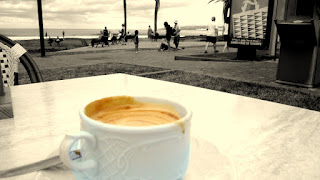 Thoughts at sea. These become parenthetical within the rhythm of the waves, the schedule of ports, the resting and relaxation--and the dreams. I report them here in a similar way.

Don Draper is, himself, his own invention. He is, therefore, Everyman or more pointedly, Nowhereman.

He is an idea man and his advertising firm is convinced of his brain-storms which flow like milk and honey from his ever-inebriated lips.

He produces a lot of ideas, but never has to execute them. Luckily, he has a staff of creatives who do this for him.

Which then/who's then, is the creative act?

How I problem solve creatively by listening to dreams:

A Dream at Sea:
The House and the Swimming Pool


Trevor was building a swimming pool next to the post-modern, but definitely retro-modern holiday house that he had designed, much akin to Alain de Botton's contemporary holiday homes. We said that the pool should be at opposite angles to the house, but Trevor insisted on a parallel configuration. We said, "No, no, no! that cannot be right!"

He began to cry and shed his clothes. He looked like a happy Buddha, except that he was crying so he resembled a sad one. We tried to comfort him.

Two rectangles -- how to place them:

Change of Scene: Old Japanese woman with greying hair in a bun. I was lying in the grass and finding minuscule flowers, purple and orange--the most outrageous of the opposites on the colour wheel.

I placed the flowers in the old woman's hair.

She then spoke, herself in a dream state:

"The pool should be placed next to the rectangular house like a woman lying next to a man, her curves forming the negative space between the two of them".

So the pool should be curvilinear, not a rectangle. It's length should mirror the length of the house, but it's emphasis remain the shapes created between the two.

My father was right.