Sociological Cinema recommends "I Can Remember the Night" for teaching 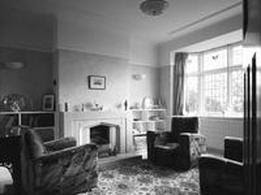 A short video, one of my earliest efforts in the development of Performative Social Science.The Sociological Cinema, (“designed to help sociology instructors incorporate videos into their classes”) has recently recommended one of Dr Kip Jones’ (HSC and the Media School) earliest stabs at visualizing research data via audio/visual production.  Produced in his bedsit and in a friend’s studio in Leicester, Jones used photographs on loan from the National Trust and dialogue retrieved in his PhD research on informal care to produce this short A/V work on an antiquated PC, using an inexpensive camera to film it.

The Sociological Cinema suggests that ‘I Can Remember the Night’ ‘could be useful in a class on cognitive sociology, highlighting how cognitive processes, such as memory, are shaped by socio-cultural events, such as divorce. In addition to using the clip as a way to interrogate biography and narrative as sociological methods of research, the clip could also be a nice launching pad from which to introduce an assignment where students create their own videos, using their own biographical narratives as a window through which to explore larger sociological phenomena, much in the way C.W. Mills suggested’.

The video itself is available on Vimeo and portrays “Polly”, a 65 year old woman from the Midlands in the UK, who recalls the time as a child when her parents sat her down and asked her which of them she wanted to be with. Her story, re-narrated by three players, represents how this traumatic event became an enduring memory throughout the various stages of her life.

Other audio/video productions are also freely available on the column on the right or on Jones’ Vimeo pages.
Posted by Kip Jones at 09:33 No comments: