... a roving and disconnected type of writing ... 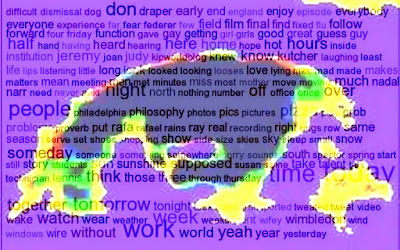 '... the exposition of an idea through fragments, through a roving and disconnected type of writing, can sometimes better circumscribe its object than can a more linear approach'.
--Nicolas Bourriaud (2009) The Radicant
Posted by Kip Jones at 14:03 No comments:

Relational Humanism in documentation and dissemination 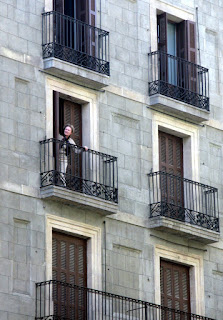 ‘We locate in a specifically relational humanism a new and significant means of realizing traditional visions of human well-being’ (Gergen 1997). Social science often has sought new ways of attaining greater "sensibility" to humanistic concerns; nonetheless, the status of new forms of production and dissemination as academic knowledge remains contested and ambiguous, and further development is required (Jones 2006).

Any large and diverse research project benefits from the documentation of its very development. Relational humanism in documentation and dissemination means that personal autonomy, dignity, liberty and responsibility are considered positive values for consideration throughout the on-going dialogue created by the research itself and its dissemination. It is through having a record of this very process that knowledge can be shared with others, creating a continuum on which the outcomes of a project's efforts can begin to flourish. The concern is with ambiguity, process, meaning, totality and history (Plummer 1983) through the continuity and “aliveness” of ideas. Humanising the process of documentation can be achieved by historically accurate ways: by listening to the stories of process and change within the research development itself. In turn, humanising the method of dissemination means consideration of any audience's part in the overall progression and building audience participation into the overall plan. A relational humanism urges us as theorists, human scientists and practitioners to seek ways – multiple ways - of generating integrative conversation.

Relational humanism thus appears not as ‘top-down’ concept but as a practical process of give-and-take by all of the players. Humanism also prompts us to imagine our potential audiences in ways which challenge us to re-imagine the commonweal, common good, or imagined community across disciplines and the intellectual freedom (Wakelin 2007) of our audiences themselves—a relational aesthetic (Bourriaud 2002; Jones 2006). Our considerations, through embodied perception, encourage us to walk around the edges of processes, to see beyond factuality to the humanism hidden on the other side. By extending our gaze beyond the usual, to new technologies and modes of presentation, we open doors to new understandings and resources (Jones 2006).

‘The precise meaning of relatedness, then, remains indeterminate and dependent upon further co-ordinations within relationship’ (Gergen 1997).

Jones, K. (2006) ‘A Biographic Researcher in Pursuit of an Aesthetic: The use of arts-based (re)presentations in “performative” dissemination of life stories’. Qualitative Sociology Review, April 06.

Plummer, K. (1983) Documents of Life An Introduction to the Problems and Literature of a Humanistic Method. : George Allen & Unwin.