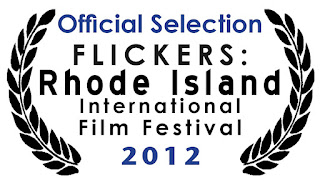 Rufus Stone  has just scooped two awards at the prestigious Rhode Island International Film Festival in the USA, the only short to win in two categories at the festival:  the Grand prize in the Alternative Spirit category and the Youth Jury Award for best GLBT film at the festival.

The Rhode Island International Film Festival consisted of six days and nights of screenings, meetings and greetings featured more than 200 films selected from more than 4,000 entrants.

The Youth Jury is a programme that introduces youth to the world of independent film. The youth attend multiple screenings during the Festival, Q&A’s, and festival events. Their goal is to deliberate, and choose a Best Feature, Best Documentary, and Best Short to receive the Youth Jury award.

Just a few reactions to Rufus Stone from audience members at earlier screeings: