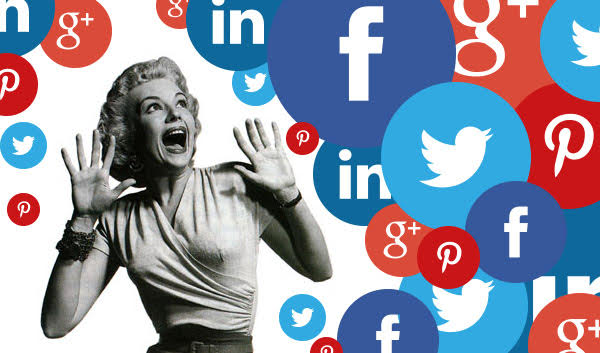 Ever wondered about social media for academics? Join us for an informal chat about the possibilities on Friday 8 January in Room 508 Royal London House, Lansdowne Campus, Bournemouth University 12:30-2:00 p.m.

Feel free to bring your lunch.

This will be a great way to finish up HSS’s ‘Writing Week’ with some practical tips on reaching wider audiences with your outputs through the likes of Twitter, Facebook, YouTube, etc/ and/or your own personal blog or other blogs and web-based publications already up and running.

This will also be a ‘Taster Session’ for the upcoming “Creative Writing for Academics” two-day workshop in February. It is not necessary to be booked for that, however, but rather an opportunity to get an idea of what you might explore further at that workshop.

Kip Jones, who made London School of Economics’ list of favourite academic tweeters, will run the Taster Session. Kip was also listed among JISC’s 50 most influential UK higher education professionals on social media.

What they say at JISC: “Kip’s blog, ‘KIPWORLD’, covers a wide range of topics from advice on writing a PhD thesis to insight into his creative process. He regularly uses his blog, Facebook and Twitter to share his research (with) others.

Mark your calendars today so that you don’t forget the date over the holidays!

Note: This session is mostly for academics at BU, but feel free to crash it if you'd like.

The first time I went to France (by way of winning a small prize) I was teeming with
anticipation and a sense of adventure. I had never been away from my native America
before and was filled with expectations. If I lived frugally, I surmised at the time, I would be

able to stay in Paris for more than three months. I prepared for, consequently, the luxury
of exploring Paris in an unhurried way that would allow the city and its occupants to reveal
themselves to me in a natural, unfolding way.

Paris unveiled itself to me gradually. I spent a lot of time camped out in cafés, watching
and meeting people. It was in observing passers-by that I particularly noticed other
Americans on ‘holiday abroad’ charging from place to place, trying desperately to make all
the appropriate stops at the necessary high spots of Paris, attempting to take everything in
and doing all this within a very short visit. In the throws of this often-frantic process, my
countrymen and women would frequently become quite annoyed with the Parisian French.
Annoyed because they (the French) did not speak English, annoyed because their ways of
doing things –their culture—was not the same as the American way. Surely they (the
French Parisians) understood that they (the Americans) had a lot to accomplish in a short
time and that they (the French and their culture) were only making the process that much
more difficult!

The reality of the experiences of many Americans abroad is subsequently reinvented when
they return home. Like art museum visitors who are more comfortable with the
reproductions found in the museum shop (they can buy them) than the art in the galleries,
the narratives of Americans’ trips abroad are typically reconstructed through photographs
stateside. They are, habitually, not assured that their journey was a success until they
assemble their holiday photographic slideshow, reconstructing the story of their journey
into a perceived reality. The defining moment, crucial to their reconstruction of reality, is
the moment when they are reassured that they visited, in this instance, the right Paris.
This is accomplished when family and friends agree that yes, they were at the right places
because those were the same places that they too visited or certainly would visit. At last,
after a long journey fraught with unexpected inconveniences, language barriers, unfamiliar
terrain and food, peppered with what many American tourists misconstrue as the French
penchant for rudeness, they can finally sleep restfully in their American beds. Paris was a
success.

Paris for me was different from that. Perhaps it was the luxury of the time available to me
to slow my pace down to fit the pace of Parisian life. Perhaps it was by finding the
timeframe in which to generate discovery and allow Paris to reveal itself to me. I recall
that at the end of my stay there, I did rush around to some of the tourist spots that I had
never bothered to visit (even the Louvre, I must admit!) and snap photos of myself posed
in front of miscellaneous monuments of French culture. I did this, ironically, in order to
have photos to show family and friends back home. Yes, they too might wonder if I had
ever been to Paris at all, if I had no photos of the places they had attended on their trips.
A few days before my departure from France my lover at the time, whom I had met in a
Parisian café, said, “You haven’t even been outside of Paris the whole time you’ve been
here! We must take the train to Versailles!” We departed the following morning, arriving at
Versailles in a light but steady rain. We walked the crunchy gravel grounds of Versailles
for a while, noted the long queues for the palace and made a dash back to the village of
Versailles and a small bistro/café. We sat for hours at a table talking, just under a window,
the rain beating its steady rhythm on the leaded panes. It was not exactly Madeleines
dipped in tea, but it very well might have been. We sipped slowly these last moments,
savouring them for memories. We both knew that the palace of Versailles would have to
wait for another time; the pain of imminent separation was far more monumental than any
French palace could be. I have been glad of that day since, and retell the story often.

When one approaches a journey slowly and with a sense of expectation at every turn, the
journey is never really completed. Fortunately, I was able to return to Paris many times
after that first visit. I believe today that it was the way I approached my first stay that
provided the longing to return, the opportunities to return.