I have been screening RUFUS STONE at various venues around the country recently. Typically, after the film, we hold a Q and A session with the audience.

Usually, there is a stunned silence following, sometimes applause. The silence is understandable. I believe that it takes a bit of time to take in the emotional journey that the film has produced and respond to it. Time to catch one's emotional breath, as it were.

I often simply ask for comments, questions or reactions to the film. Typically, the first questions are about the research, how it fit into the process of making the film, etc. At this point, some then begin to express how it made them feel and relate it to similar experiences that they have had or have heard of. Discussions then often turn to what might be done to minimise prejudice and open up hearts and minds in the wider community.

At about this point, questions begin to turn to making of the film itself, working with the director, Josh Appignanesi, and a professional crew and how that was accomplished. I love talking about this part of making the film, probably because it was the new part for me and, therefore, the most exciting personally.


I often use the example of shooting the fire scene that ends the film because it represents the magical mix of director, cinematographer, cast, crew and extras working simultaneously to pull off a very difficult shot. Anything can go wrong, from actors missing a cue, technical malfunctions, and, in this case, the fire starter coming into camera range inappropriately.

The "long take" or "oner" is an uninterrupted shot in a film which lasts much longer than the conventional editing pace. Long takes are often accomplished through the use of a dolly shot or Steadicam shot. Long takes of a sequence filmed in one shot without any editing are rare in films (cf. Wikipedia). Cary Fukunaga, director of True Detective, said "They're the most first-person experience you can get in a film."

I refer to the long take in RUFUS STONE when answering questions about making the film because it demonstrates in a few minutes my admiration (even astonishment) at how well the crew carried off each of their specific tasks. No one gets in the way of someone else's ability to carry out what is often a very technical and seemingly insignificant (to outsiders) function. When it is working, it is a well-oiled machine. Impressive!

The last day of the shoot was intense. We had filmed two other scenes in two different locations in rural South West England that day, including the very emotional final scene between Rufus and Flip. We then moved to the old, abandoned farmhouse site, for the final 'fire scene'. I often mention the 'fire starter', a professional technician (Nicholas Thompson) who is required for safety as well as skill to start the fire.  Nick enters the scene, starts the fire and exits without ever ending up in the frame. All of this time, the camera on a dolly track is moving towards the lighted fire itself.  When I observed this scene being shot, I said, "It's like a ballet. Wonderful!".

I also realised somewhat later that I was fascinated by fire as a child and, for a time, had a problem playing with matches. Perhaps I am intrigued with the fire starter for that reason: an adult occupation where you are allowed to 'play with matches'!

I embed the "Long Take" from RUFUS STONE below. If you keep an eye on the pile of wood and the right of the frame, you can catch the fire starter, Nicholas Thompson, entering at 0:25 and exiting the set-up at 0:46.


The "Long Take" for RUFUS STONE the movie from Kip Jones on Vimeo.

A ranking of the greatest, most celebrated long takes in cinema history.
16 Incredible Long Takes

“The writer is always tricking the reader into listening to the dream.” —Joan Didion 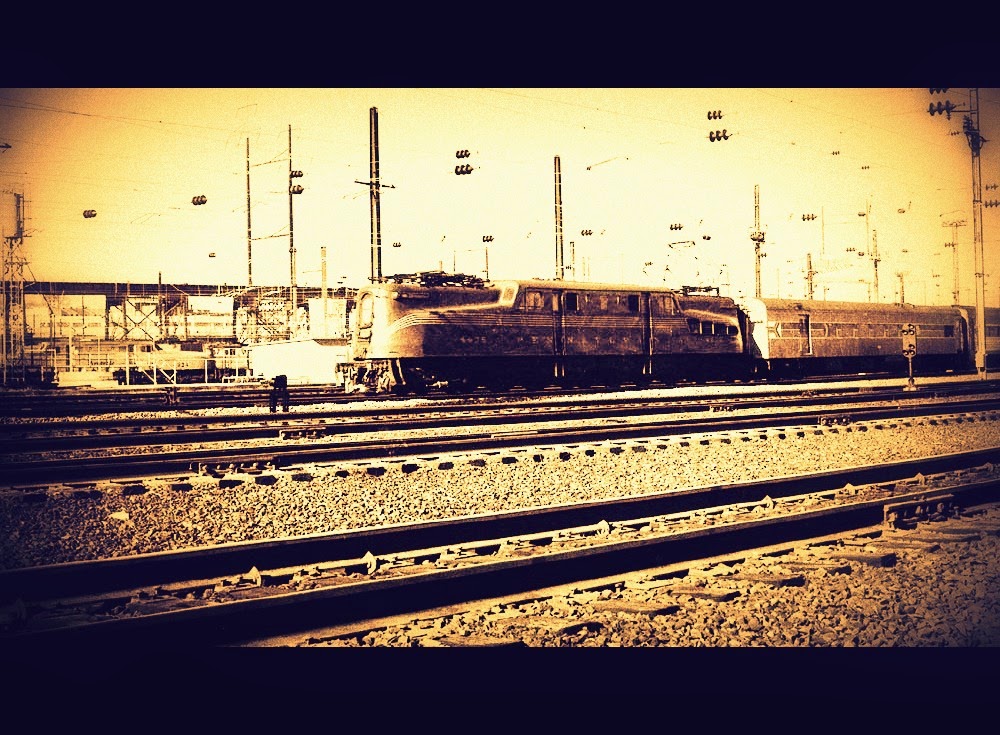 Dear Tweedledum and Tweedledee*, I see via Google citation alert that you mention two of my articles in your recent piece about titles. ... What was your title?


"Some papers have interesting and/or catchy titles, perhaps more so in the social sciences than in health journals. Sometimes these catchy titles are just too cryptic, for example from ‘On a train Morgantown: A film script’ 11 and from the same author ‘How Did I Get to Princess Margaret? (And How Did I Get Her to the World Wide Web?)’12 . For both papers one needs to read the paper to understand the title. So before suggesting a funny title, remember that articles with funny titles are less cited than more traditional ones as an analysis of papers published in psychology journals suggested".

I would suggest that both my mentioned titles are creative rather than simply cryptic. I am not sure that I would categorise the titles as 'funny' either. The point of a creative title is to attract an audience, in spite of your opinions. I explained my choice of the title for 'On a Train from Morgantown', actually, right in the article:


"I had always had the film, "Caught on a Train" by Stephen Poliakoff, in mind when writing the original script and wanted to continue with a similar sort of visual evocation for the written form" (Jones, 2011).

"On a Train from Morgantown" was an invited article for a prestigious psychology journal special issue about Kenneth Gergen.  It has been widely read  (i.e., read more than the average three times with 50 views on just one repository). (The paper has been cited 31 times in the eight years since publication) The fact that it is a film script published in an academic psychology journal is a major breakthrough for dissemination of Performative Social Science. This innovation in communication of arts-based research was acknowledged in an article about its publication in Times Higher Education and on several blog sites. The title was never questioned by either the journal editor or the Times reporter.

I took umbrage at your use of the word "funny" (twice, in close proximity to one another) to describe my titles because 'The One about Princess Margaret" was, ironically, always meant to be humorous. The word "funny", however, can connote "odd" or "inappropriate" or "misplaced", something your article then goes on to try to substantiate. I wrote about the careful choice of the title in the first version of Princess Margaret, again, in the article:


"The title ("The One about Princess Margaret") itself is a play on the titles for “Friends” episodes (e.g., “The One Where Rachel Finds Out”) and humorous stories (“Have you heard the one about …?”). I wanted the production to be clearly placed within the genre of popular culture, but reinvent it for an academic setting" (Jones, 2006).

"Princess Margaret" is very much a body or portfolio of work supporting the original video production. These follow-up textural outputs produce a trail, trace or map of methodological underpinnings and production values for a Performative Social Science output via video. The title varies from publication to publication, journal articles to book chapters. "The One about Princess Margaret" was published originally as a journal article (21 citations so far), then invited as two separate book chapters, including the *offending* title,"How Did I Get to Princess Margaret? (And ow Did I Get Her to the World Wide Web?)". This means the title went past at least four editors and several reviewers, but you know better. The article describes the project background and includes the script for the original audio visual production. The video itself has been viewed about 500 times in four years on various sites and in classrooms worldwide, the whole point of writing the article and chapters in the first place.

The fact that both of these articles may be used more as inspiration for further development in arts-based research and not simply to spawn citations in subsequent journal articles is a point missed by a 'citation only' impact approach.  Both articles open up possibilities for alternative ways of expressing and disseminating research in any 'subject' area; impact beyond the page, in other words. The final impact is with the readers, audiences and communities to whom Performative Social Science efforts are directed. They make the final judgements.

Nonetheless, as I work to further disseminate my work through social media outlets, I am finding that even the "funny" titles are not always catchy enough and further work needs to be done to develop short descriptions or titles to attract a very fast-moving and attention-limited audience gaze, even amongst academics. Developing 'tag lines' (a device from film distribution) etc. for articles is a whole new approach with which I am currently experimenting. 'Intriguing' rather than 'cryptic' is certainly my watchword in these endeavours.

Perhaps if your article had explored these kinds of developments in publication and dissemination rather than desperately trying to find examples for your scorn,  it would have been more 'interesting'. As it stands, it is pretty basic textbook fodder. I mostly skimmed it because, on your advice, I knew what it said already by the title.

PS: "'The Bridges of Madison County'.  Huh? What's dat? Why would I want to read/see somethin' called that?"
PPS: Please feel free to send my reply along to the long list of 'authors' of your article.