Alternative Thoughts for Researchers at Christmas 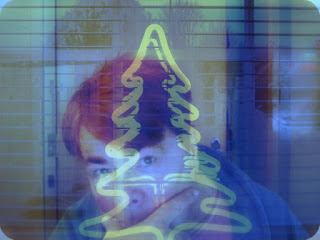 I have been thinking recently about a moment that happened at our Qualitative Conference in September.

In the tangential way that my world works, I came upon photographer, Freya Najade, serendipitously.

Several years ago now, I asked photographer, Richard Renaldi, to use some of his photographs of older people in a community project that we were organising in Leicester. I have also used his project, Fall River Boys, for a short audio/visual piece that I created.

Back to the present, or rather, almost a year ago now, I was reading Richard’s blog and he mentioned Freya Najade’s photographic series, ‘If you’re lucky, you get old’. Since we are currently working on our project on older gay and lesbian citizens in the British countryside and the film that will be the product of that research, I felt that her work might have resonance.

Part of my conceptual scheming for this year’s conference was to see how close to ‘Art’ we could move things, whilst still remaining within some construct of Social Science. For this reason, I invited an African drummer to open the proceedings, asked academic, Norma Daykin, to bring her Salsa Nova trio along to entertain and invited Freya to display her photographs, along with other ‘artistic’ expressions which peppered the conference.

Circumstances dictated that Freya couldn’t exhibit her actual photographs in a gallery setting; it would be necessary for her to ‘present’ them using PowerPoint in a more familiar academic seminar setting. Still, I thought that her work had a message for academic researchers and was willing to accept this more formal presentation.

Freya talked a bit about her photographs and shared them with the audience. Then it was time for questions. The key moment for me was when someone asked: “How did you go about deciding who to photograph and what the pictures would be about?” Freya replied simply, “I picked up my camera and began to shoot. It was through taking the pictures that the story unfolded”.


To me this is a key difference between the way we often work as researchers and the way that an artist works. Artists pick up their tools and materials and begin. They work out the problems through their media. They have an idea or concept, but very much allow the materials, the subject, the time and the place to dictate the outcomes.

Perhaps as researchers we spend too much time ruminating and worrying over the details of questions (semi-structured or not), ethical approval, our methods and so forth before we ever begin. Perhaps we need to pick up our tools and dive in more often. Margaret Meade went to the South Pacific with her questions but not knowing what to expect, then invented a method on the spot.

Romantically, perhaps, I hearken back to the scientist in her/his laboratory with all of its equipment, specimens and supplies. The scientist ‘experiments’ much in the way that an artist does. Perhaps as social scientists, we need to recall this and become ‘scientists’ again.

‘Art and science have a common thread—both are fuelled by creativity. Whether writing a paper based on my data or filling a canvas with paint, both processes tell a story’.

–Richard Taylor (2001), Associate Professor of Physics at the University of Oregon

I very much encourage researchers to pick up their tools and create. In order to begin to do this, we need to adjust our approaches to our work. I am grateful to one of the reviewers of my chapter in Phillip Vannini’s upcoming book, Popularizing Research, for making me think about how this happens. I responded to a particular question by stating: ‘Moving our work to arts-based procedures is not a series of isolated acts; it requires an adjustment in how we approach everything in which we engage—including writing for academic publication’.

With these thoughts in mind, I leave you with a holiday list of inspirations. Perhaps one or more of these will encourage you to pick up you brushes or camera, voice recorder or semi-structured questionnaire, and begin to experiment or at least find alternatives to the way in which we think of going about our work.